There’s no dispute that Oceanic citizens experience geographic seclusion; perhaps that’s part of their drive to pursue filth laden musical paths. While Australia’s death metal offerings of the likes of Portal and Impetuous Ritual are a staple of utter grimness, their Kiwi neighbours of Diocletian and Vassafor definitely belong in the same conversation. Time to add Vesicant to the group. 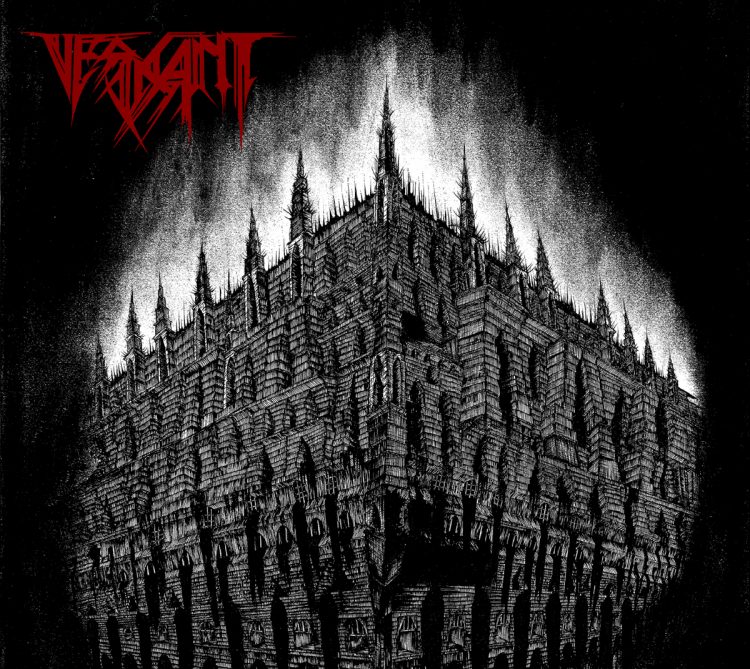 The Wellington based duo had released a promising demo entitled «Edict MMXIV» back in 2014 and has now returned with a vengeance and a proper full-length in tow, which is now available for streaming at CVLT Nation.

To be released by none other than Iron Bonehead Productions, «Shadows Of Cleansing Iron» is a relentless and dread-instilling attack on the senses. Do not, however, presume that relentlessness implies a lack of dynamics, as these are properly done throughout, ranging from furious blast beats to slow-paced dirges. The relentlessness we alluded to is not so much on the rhythm but on the aesthetic – there is no respite, no light, no breathing ground; for as long as «Shadows Of Cleansing Iron» lasts, so does the bleak aura it conjures, drawing inspiration by tales of the horrors suffered by those who took part in World War I.

«Shadows Of Cleansing Iron» is set for release by Iron Bonehead Productions on July 14.

«Edict MMXXIV» is available at Vesicant’s bandcamp page in a “name your price” regime.