Almost thirty years in, Lee Dorrian‘s label Rise Above Records continues their rather interesting body of work these days. They are currently preparing for a couple of releases which we summarise below.

Stream: With The Dead – «Isolation»

We had already mentioned the upcoming With The Dead record in our first news round-up. Called «Love From With The Dead», it marks the first record with Alex Thomas (formerly of Bolt Thrower) on drums and Leo Smee (of Cathedral and Chrome Hoof fame) on bass. Dorrian recently talked about the recording process of the record with Invisible Oranges (here) and premiered a song from the record, entitled «Isolation» and which you can listen to below.

«Love From With The Dead» is scheduled for release on September 22 via Rise Above.

Antisect announce return full-length «The Rising of the Lights»

This one feels weird to write. Of all things, an Antisect full-lenght in 2017. Just goes to show that in this world anything can indeed happen. The authors of the legendary 1984 anarcho-punk album «In Darkness, There Is No Choice» are set to return with «The Rising of the Lights», of which there is already an advance, entitled «Black». You can listen to it below.

«The Rising of the Lights» will be realeased on October 13 by Rise Above.

Uncle Acid And The Deadbeats debut record «Volume 1» came out in 2010 via Killer Candy and had never had a proper vinyl edition. That’s about to change on October 13, when Rise Above releases a remixed and remastered version of the Cambridge outfit’s first record. 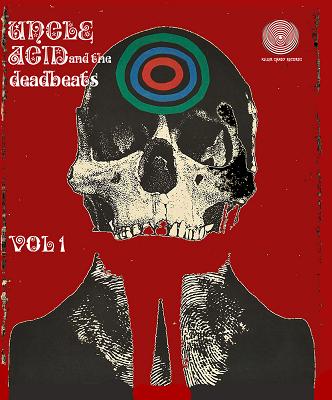 «Vol. 1» was remixed and remastered by Uncle Acid himself, K. Starrs and will be released on vinyl by Rise Above on October 13.