After an unfortunate absence last week, we’re back with some updates. Below, you’ll find news from All Pigs Must Die, Nekrasov, and Opium Warlords.

All Pigs Must Die stream title track from «Hostage Animal»

The fourth record of All Pigs Must Die, entitled «Hostage Animal», will soon be released. The successor of «Nothing Violates This Nature» will be the first since Brian Izzi from Trap Them (formerly of December Wolves) joined the fold as second guitarist. The album opener is streaming exclusively at Invisible Oranges, who took the occasion to let the members of the band, all except Brian Izzi, talk about which record influenced them throughout the writing of «Hostage Animal». Among the picks are expectable choices such as Craft‘s «Fuck The Universe» and Integrity‘s «Seasons in the Size of Days» and less foreseeable ones such as Ulver‘s classic «Nattens Madrigal» and Trouble‘s «Psalm 9». Below, listen to the aforementioned title track, as well as the previously unveiled «A Caustic Vision» and «Blood Wet Teeth».

«Hostage Animal» is set for release via Southern Lord on October 27. The album can be ordered in this location in Europe and in this one for the United States.

Nekrasov streams «Fragmentation and the rapid quicksand of concept»

We are less than a month a way from the release of Nekrasov‘s «The Mirror Void». Having previously written about the upcoming release when the album opener «Whatever pleases you, keeps you back» was unveiled, we’ll get right to the point: the second song of «The Mirror Void», «Fragmentation and the rapid quicksand of concept» is out. You can listen to it (and are definitely encouraged to do so) below.

«The Mirror Void» will be out on November 10 via Prosthetic Records. Pre-orders of its digital, cd and vinyl versions are available at the band’s bandcamp.

Three years after their third full-length, Sami Hynninen‘s Opium Warlords will release a new album in late 2017. During this time, Hynninen released three records with Tähtiportti, one with Spiritus Mortis, and played with Lord Vicar. The return of his esoteric doom drone outfit also marks a shift in tone according to the press release, which states that “gone is the soothing warmth of the preceding album (…) Droner is all about nuclear war and clear, post-apocalyptic primitivity of the surviving culture. It is torturing purification through purgatory, to a new world and new form of life.” The twenty-minute long opener «Year of 584 Days» can be heard at The Obelisk. 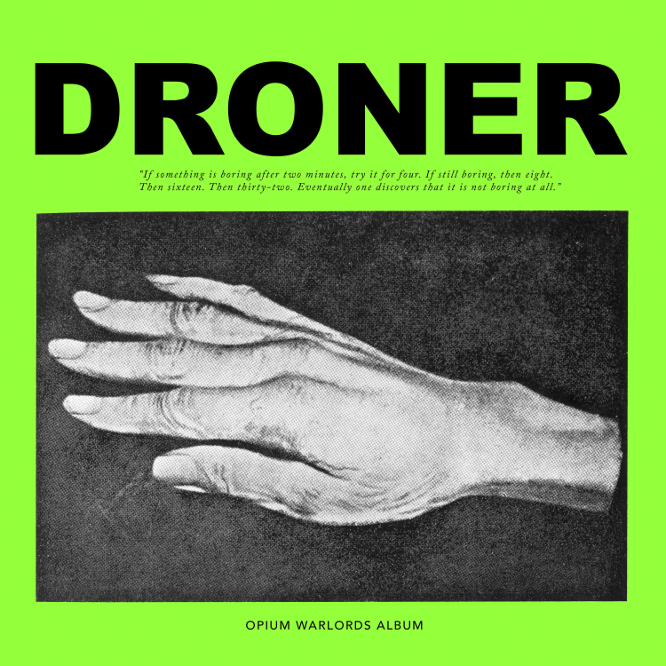 «Droner» is set for release via Svart on November 11. Pre-orders are available at this location.