This Friday, black metal acts Impavida and Vuur & Zijde will release a split record through Lupus Lounge, the sub-label of Prophecy Productions focusing on the less conventional side of their catalogue. The context in which both bands appear in the record couldn’t be more different, as while Impavida returned from an eleven year long discographic absence last year with «Antipode», Vuur & Zijde is a new name, whose first release is precisely this split. Since they happen to open it with «Zonnerstorm» and the song has been made available, let us focus on their introduction first, just below the stream.

Vuur & Zijde, whose name translates to “Fire & Silk”, is a newly formed atmospheric black metal collective featuring members of Laster, Nusquama, and Terzij de Horde. Besides the three songs exclusively contained in this soon to be released split, they are also set to release a debut full-length through Prophecy at a later date. The upcoming solo release notwithstanding, the trio of F., N., and R. went to a “remote yurt on the Frisian shoreside” to record the material for this split and opted for a “nostalgic production reminiscent of genre-defining demos from the early 90s,” having obtained a result which is described as “equally grim and epic” and whose vocals and layered sounds lend it a “weightless, otherworldly character.” 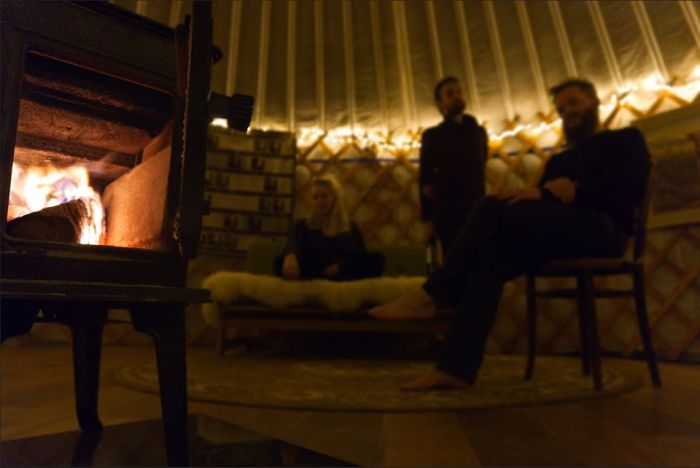 Following Vuur & Zijde’s three tracks will be two from Impavida, the first of which, «Gram», can be heard below. The songs come described as “two unsettling, discordant dirges to underscore existential questions that are spit out hysterically” in general, with «Gram», specifically and in the band’s own words (source), as “a short and gruesome song that describes the endless cycle and blurring of psychotic nightmares within the construct of reality”.

«Vuur & Zijde / Impavida» is set for release on May 8 through Lupus Lounge / Prophecy Productions on cd, digital, and vinyl formats, which can be ordered here (cd and vinyl) and here (digital).

Below, find Impavida‘s 2019 album «Antipode», released on July 12 through Ván on cd, digital and vinyl formats, with the latter two respectively available here and here.