Five years gone since their debut demo «MMXIII» shook the underground with its pulverizing tomb-like black death, Irish quartet Malthusian is set to release its highly anticipated full-length debut, one in which the band is said to “effortlessly take angular, largely atonal death metal and make it a seemingly cinematic experience.”

The record is entitled «Across Deaths», and its opener, «Remnant Fauna» can be streamed below. The artwork displayed was authored by Tim Grieco (Antediluvian‘s guitarist/vocalist and Revenge‘s current live bass player).

The band’s previous efforts, «MMXII» and «Below the Hengiform» (2015’s EP) can be heard and digitally purchased at the band’s bandcamp. Cd and vinyl (EP only) versions are available at Invictus’ webstore. As for «Across Deaths», its release has been set for September 7 in a joint effort by Dark Descent Records and Invictus Productions. As of this writing, the type of format has not been announced nor are pre-orders available.

Finally, note that Malthusian will be joining Vrasubatlat‘s death metal entity Triumvir Foul for the «Carnal Spectres over Europa» tour between September 6 and 15. Per the information available in the Killtown Bookings website, it shall start on the return edition of Denmark’s Killtown Fest and end in Belgium after a passage through Bloodshed. However, there are plenty of dates still left to fill. We’ll be an updated schedule of this tour once one is available.

This week, Ván Records announced that King Dude will embark on an central European tour with a full band line-up this coming September. They will be joined by Icelandic dark-wave trio Kælan Mikla. The tour boasts the name of the upcoming King Dude album, «Music To Make War To». Dates can be seen in the tour poster below. 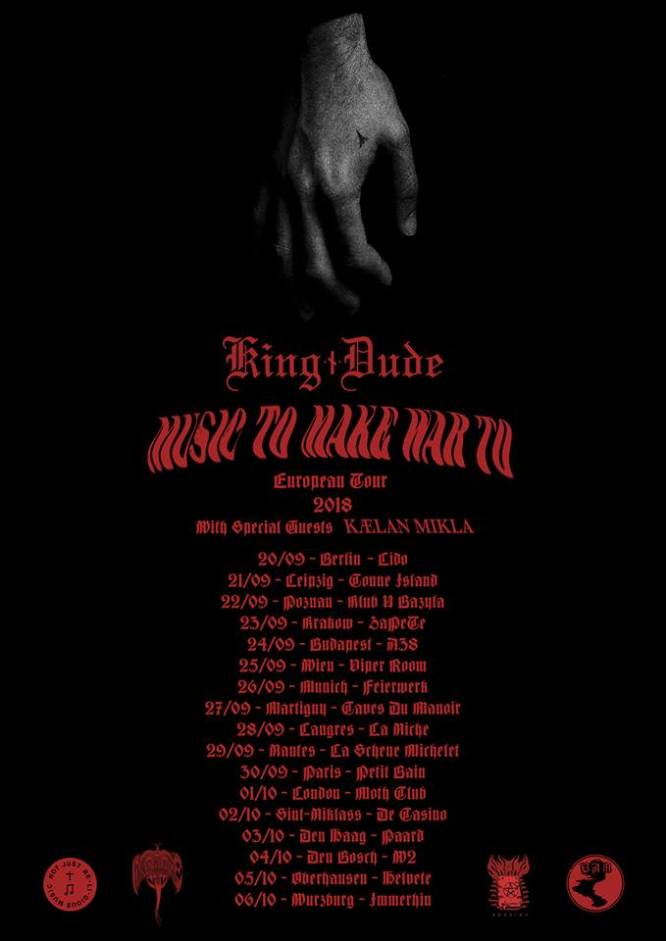