While many a small release saw the light of day throughout the last decade, it has been ten years since the last full-length by L’Acéphale. This month, the once solo project returns with self-titled album «L’Acéphale», which sees the band remain “committed to their extreme metal roots and historical, literary themes,” whilst incorporating “elements of monumental dark folk, spoken word, black metal, and almost martial artforms.” This variety of approaches is on full display on album opener «Sovereignty: (Dieu – Die Sonne Stirbt – Sovereignty)», whose video directed by Daniel Menche you can see below – when doing so, do keep Eisenwald’s warning in mind: “this video may potentially trigger seizures for people with photosensitive epilepsy. Viewer discretion is advised.”

The song features guest vocals by Geneviève Beaulieu from Menace Ruine and Preterite, who is also set to feature in another of the album’s pieces as confirmed by band’s founder Set Sothis Nox La in this interview with Decibel. Further note that lyrics on «Sovereignty» were taken from writings of Georges Bataille, Bruno Goetz and Laure (Collete Peignot), with the latter being a member of the Bataille’s original Acéphale group.

Another track from «L’Acéphale» has received video treatment, namely, «Runenberg», which was co-written by former member (and current Wolves In The Throne Room guitarist) Kody Keyworth. The song’s lyrics are inspired by the novel of the same name written by German romanticist Ludwig Tieck and its video, which you can see below, was created by Martin van Valkenstijn and is an adaptation of Alexander Alexeieff‘s «Une nuit sur le mont chauve».

The album was recorded during a six-year period on several locations, primarily at the Hellhole, Gabriel Espinoza‘s studio. Mastering was done by Gus Elg at the Sky Onion, illustrations by Markus Wolff and layout by John Haughm.

«L’Acéphale» is set for release on April 19 through Eisenwald on cassette, cd, digital, and vinyl formats. Pre-orders are available here (physical formats only) and here (all formats). 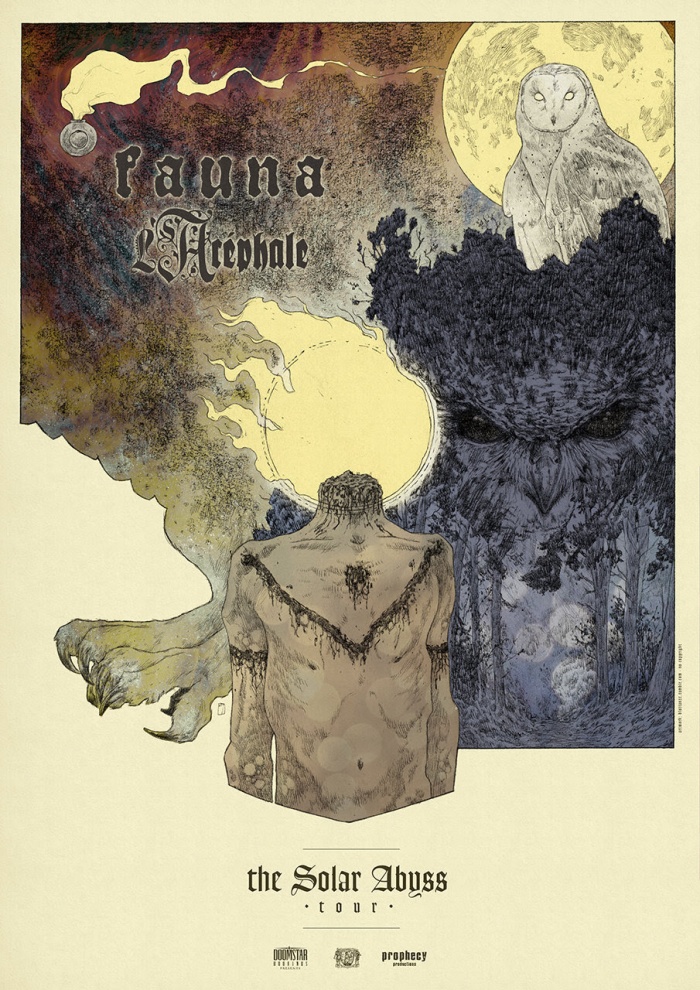 Recall that L’Acéphale is set to embark on a rare European tour alongside Fauna, starting with performances by both bands on April 12 at Roadburn. All dates can be found at this location.