With regards to Deitus, the new album is called «Via Dolorosa» (no, not that one) and thus follows their debut full-length «Acta Non Verba», released in cassette format by Ulthar in 2016 and in vinyl by Dawnbreed in 2017. The fourth of the fifth tracks that make up «Via Dolorosa», «Salvifici Doloris» has been made available for stream and you can do so below.

As the label goes on to explain, the album “features five hymns of adversarial sonic terror dedicated to the heinous nature within man”, adding that sound-wise, «Via Dolorosa» is “rooted in the old-school black metal tradition of Dissection, Satyricon and Mayhem, but prone to heavy metal contaminations that make the music very varied, vital and essential”. 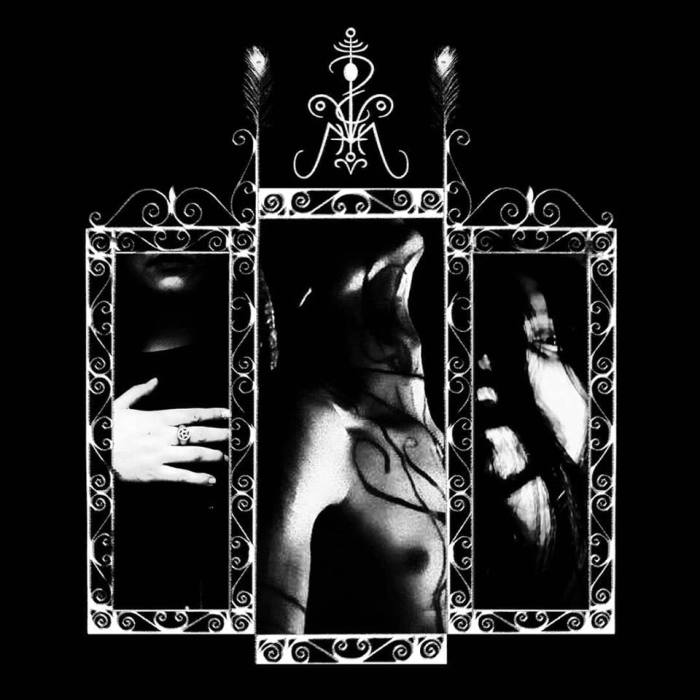 As for Devil Worshipper, they emerged this year as a duo comprised of Matron Thorn (of Ævangelist fame) on all instruments accompanied by Fr. A. A. (Vaee Solis, formerly of Tod Huetet Uebel) on vocals. It was with this formation that they recorded the EP «Hex Your Lover», released digitally last August but since removed from bandcamp for undisclosed reasons. Early in September, they announced the completion of their first full-length «Music For The Endtimes», whose artwork is pictured below, further announcing the inclusion of Erethe Arashiel (Hicks Kinison, Lodge, and Vaee Solis) in the band’s line-up, handling additional vocals and visuals.

According to the album’s announcement, the band “brings to the table a handful of rusty riffs and dissonant, sick melodies. Their primitive thrust recalls the old-school of black metal, but the band totally transfigures them into some sort of gurgling industrial black’n’roll, where layers upon layers of trance-inducing guitars, serpentine bass grooves, paroxysmal screams and martial rhythms hammer the listener on the head till reality crumbles, revealing a nauseating yet fascinating abstract dimension of sin, depravation and oblivion.”

Both «Via Dolorosa» and «Music For The Endtimes» will be released on December 14 by I, Voidhanger in cd and digital formats. Pre-orders are respectively available here and here.

One thought on “I, Voidhanger announces December releases by Deitus and Devil Worshipper”