Doom legends Saint Vitus are, once again, back. Seven years after the release of «Lillie: F-65», the band will release an eponymous album in May 2019, whose recording comes courtesy of a very renewed formation. From the quartet that recorded the 2012 return, only founder and guitarist Dave Chandler and drummer Henry Vasquez remain, with bassist Mark Adams having been replaced by Pat Pruders, of Crowbar and Goatwhore fame. The biggest shift, however, lies in the departure of Wino and subsequent return of the band’s original frontman Scott Reagers, whose last work with Saint Vitus came in 1995’s «Die Healing». With all this being said, feast your ears with «12 Years In The Tomb», the first single from «Saint Vitus».

«Saint Vitus» is set for release on May 17 through Season Of Mist on cd, digital, and vinyl formats. Pre-orders are available at this location. The album was recorded at the Heavyhead Recording co. in Washington with producer and sound engineer Tony Reed. Recall that, come April and May, Saint Vitus will embark on an European tour alongside Dopelord. Dates are available below. 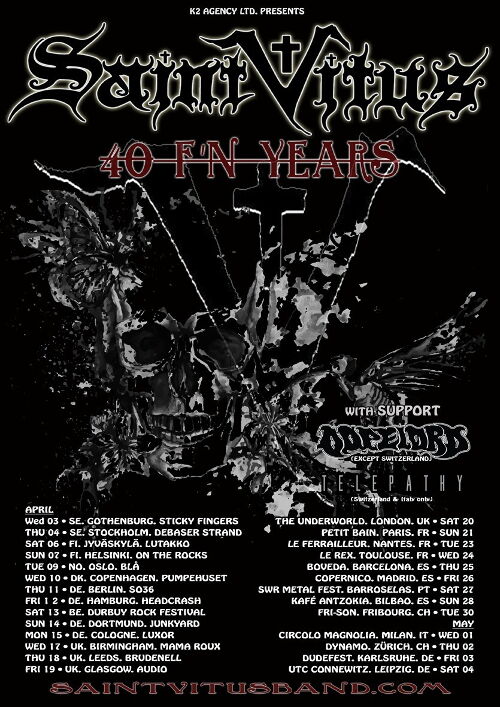